Bakeoff has been producing ovens for over 30 years. A long experience gained over time along with the tastes and trends of large-scale retailers and professionals in the field. From an artisan enterprise it became an industrial reality, covering with tenacity and determination all the stages of its corporate growth, in line with the needs of the international market in which it operates. Its history is a continuous increase of initiatives that demonstrate how the company has been able to be innovatively responsive to changes in taste, habits, the market, and to keep up with new technologies in cooking processes. Initially, the craft workshop Borghi Forni snc made its debut in Ferrara in 1984 with a small production of modular ovens that perfectly suited the Italian economic development of that time. Thus, encouraged by this first success, Mr. Giorgio Borghi began his venture by expanding the headquarters and introducing innovations that immediately gave a remarkable boost to his business. After gaining a solid position in the Italian market, on 12/20/1986 Mr. Giorgio Borghi decided to set up the “Bakeoff Italiana” company, inspired by the renowned “bake-off” method which consists in a quick baking of bread or in a heating of frozen bread. In the United States, where it was coined, the term “bake-off” described an informal dessert baking competition among friends, colleagues and neighbours, while today the meaning of “bake-off” has extended to more generic “competition”, “challenge”.

BAKE OFF is presented on the Italian market

BAKE OFF approached the Italian and European markets by launching a challenge of innovation in the bakery field: the open-plan cooking system and the direct sale of frozen-based products, combined by using specific appliances such as the SUPERBAKE convection ovens and the cook-and-rise DUPLO SUPERBAKE, SUPERBLOCK, MINILEVI and MINILEVIMATIC. That was the beginning of a revolution that would have completely changed the habits of producers and consumers.

The revolution goes on

During the ’90s, Bakeoff improved its production and commercial system, exploring new opportunities. The revolution went on and, after captivating large-scale retailers, it moved on to smaller businesses such as bakeries, patisseries, snack-bar, fast food shops and service stations. In the meantime, BAKE OFF had developed enough experience and skills to produce professional appliances, ideal for the most demanding fields, offering quality and innovation: the MULTIFUNCTION OVENS, the GROUND-BASED MODULAR OVENS, the PULL-OUT-CART OVENS and the historic ROTORBAKE rotating ovens. That was the beginning of our sales to the main foreign markets, which became the widest part of our business in the following years.

The Mistral oven, as suggested by its name, kept the promise of a warm blow of innovation on the market. Features and quality blended with design and taste, cooking turned into a show and the show led to selling, directly from counter to client, more and more BAKE OFF, more and more around the world!

Italian style and taste for design added more value to our technology and quality. The wise combination of steel and glass made the BAKE OFF appliances more captivating and practical, the new digital controls made them more precise and reliable.

In 2003, BAKEOFF decided to acquire BEST FOR company with the aim of searching for the best solutions and offering the best services in the gastronomy field too.

Thanks to this fusion, the company improved its production and commercial systems and started exploring strongly developing new markets and expanding its exportation to the world of gastronomy. 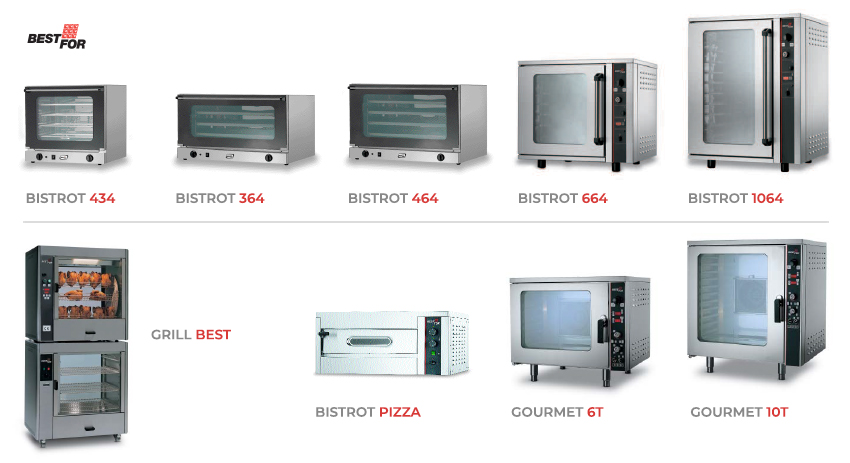 In 2010, Best For launched the new STAR series, widening its offer. With electronics becoming a stronger part of professional equipment, BAKE OFF did not miss the chance to be one step ahead in the market, by entirely renewing its Bistrot and Gourmet lines. Thanks to the introduction of new LCD display control panels, the complete and continuous control of all cooking functions became a standard, helping to achieve amazing precision targets, optimize consumption and reduce times and costs of usage. 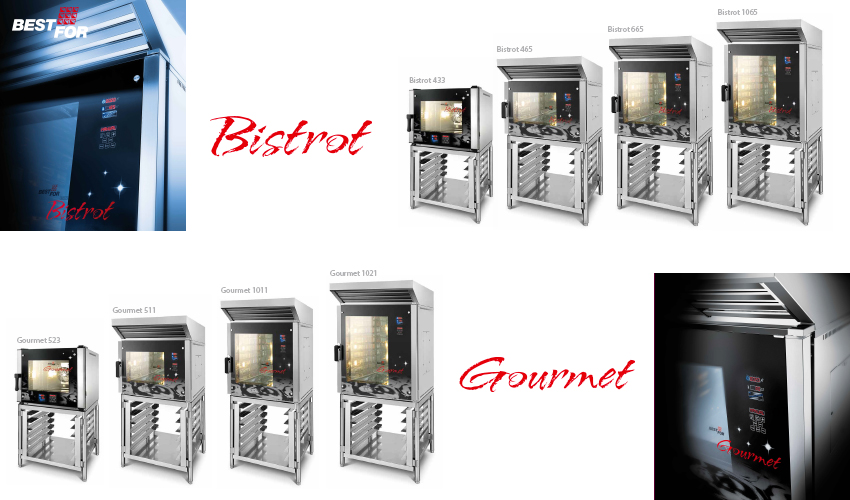 With its invisible revolution, Best For confirmed and reinforced its passion for technological innovation. STAR series became the perfect partner, ensuring flawless precision and better professional and artistic performances to the user. New control tools made possible to achieve identical results in every baking type and complete control of the product in every cooking phase, by recording cooking data according to HACCP plan.

Our 35 years’ experience has allowed us to learn a fundamental concept in the cooking field, which can be explained in one word: “Simplicity”. Best For has gained all the necessary and organizational experience to develop innovative and, at the same time, easy-to-use products. Our goal was to create professional equipment with plain, easy and intuitive user interfaces, with no need of a user manual. Best For presents “Vision”, the new range of products that perfectly synthesizes past, present and future, offering the same reliability and the same high performances of every Best For product. The brand new “Vision” control, equipped with a 7-inch capacitive TOUCH SCREEN display with an easy-to-use, easy-to-clean and shock-resistant interface, features icons and images of international recipes, to offer customers from all over the world a simple interaction thanks to the 30 languages ​​that can be set. 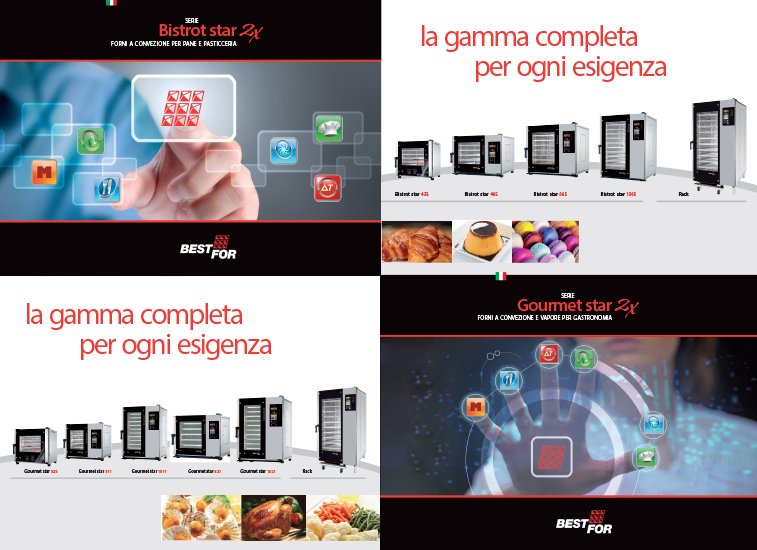